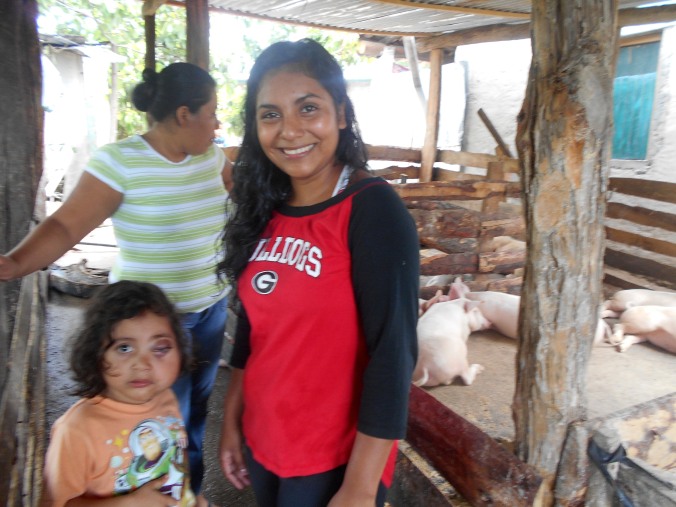 Last February, nineteen year old Karla arrived here with her three old son, Ostin. He was here to receive medical treatment for his congenital lymphatic malformation. Karla had to leave her five year old son, Luis, home with his father and extended family in Honduras while she spent four months living with us in the U.S.

This young woman has been through so much in her life time…having her first child at 14, and a child with a serious medical condition two years later. For anyone this would be a stressful situation, but add to it living in poverty in a country with limited medical resources. Although Karla receives emotional support from her in-laws, the majority of childcare falls upon her, and Ostin is a challenge.

Despite it all, Karla constantly expressed her love and patience with Ostin. Although it was difficult to be away from her husband and older son, she remained upbeat and appreciative. Karla is mature beyond her years and is intelligent, personable and devoted in every area of her life. Karla stood out in another way, she had a vision for the future and how she could improve life for herself and her family.

While Karla was here, she earned money cleaning houses and doing lawn care. One day I asked her, “if you had the opportunity to start you own business, what would it be?” She gave it some thought, and said. “I would raise pigs.” It was an original idea and there weren’t others selling in her area. I knew she wasn’t afraid of hard labor and she had a  business plan.

We took part of the proceeds from our annual book sale, and tripled the amount Karla had made during her stay. The day Karla returned home, she purchased two pigs. By the time we visited her six months later, she had 37 pigs and piglets. We’re thrilled with Karla’s success and hope she’ll be able to mentor other women in starting their own businesses and gaining independence.

One thought on “One young woman’s dream.”